Back to search results

Teladan Setia Sdn. Bhd. (TSSB) began its principal business of property developments in late 1997 and we have a strong and proven track record in the Melaka property market, having successfully completed numerous property developments in Melaka. Teladan Setia Sdn. Bhd. is also an award-winning developer, having received numerous accolades such as the prestigious Golden Bull Awards 2005, 2006, 2007 & 2008.

In 2006, we obtained Business Superbrands status. In 2008, we were also awarded by SME Corp Malaysia (formerly SMIDEC) the Enterprise 50 Award. In 2010, we excelled at The Star Outstanding Business Awards (SOBA) 2010. Our numerous accolades are a testament of our drive and commitment towards serving our customer better. 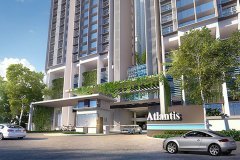