The name New Bob Group of Companies reflects the success story of a company which started business under the name of Bob Agency. The local presence and reputation which the company has built is a fulfillment of the corporate dream born in Penang in 1959.

Established formally as Bob Agency in 1959, the company started by catering primarily to the housing needs of the British Forces and Royal Australian Airforce personnel leading the company to become the first real estate company in Penang as well as the northern region of Malaysia. The name was later changed to New Bob Realty Sdn. Bhd. and is still a leading real estate company in the northern region today offering our clients opportunities to successfully invest, sell, or lease residential and commercial properties in the market. We specialize in Buying/Selling, Lease/Rental and Property Management. 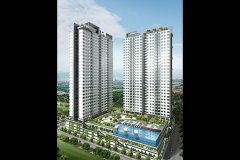