When Chinese President Xi Jinping officially launched the Belt and Road Initiative (BRI), he did so hoping the country’s major infrastructure investment would boost trade and stimulate economic growth on a worldwide scale. Southeast Asia was seen a natural benefactor of the project thanks to its close proximity to China, developing economies and the need for infrastructure improvement.

A report from credit ratings agency Fitch found USD900 billion in projects spread across 68 countries were either completed, underway or planned as part of the BRI, also known as One Belt, One Road, but the impact in Southeast Asia hasn’t been as greatly felt as some had initially hoped.

“BRI isn’t as big or grandiose as people think, especially in places like Southeast Asia where there is already a lot of competition among foreign investors,” Jason Chiang, Director at Royal HaskoningDHV, stated. “There are BRI projects in the region, but there are other countries also actively investing in infrastructure projects here such as Japan. The increased competition makes these projects less attractive.”

The BRI development strategy called for the Chinese government to invest in seaports, airports, high-speed rail lines and other infrastructure projects as well as industrial parks and economic zones. Most of these projects in which Beijing is involved with sees the Chinese government serve as a financing gap provider that supports funding for the global infrastructure projects similar to development banks.

Perhaps the highest profile BRI project in Southeast Asia is the high-speed rail line that could eventually connect Singapore to China with links to Vietnam and Myanmar. Work on the rail link has already begun in Laos and Thailand with the Bangkok-Nakhon Ratchasima route. However, progress in Malaysia halted when Mahathir Mohamad was elected Prime Minister and placed several infrastructure projects on hold.

In some cases, projects as part of the BRI have proceeded, but outside of the project’s funding sphere. An example of this is Thailand’s much-talked about high-speed rail line that will connect U-Tapao International Airport in Pattaya with Suvarnabhumi and Don Mueang international airports in Bangkok. The project, which finally green lit in November of last year, will not take on any Chinese government-backed financing.

Instead, a joint venture between Thailand’s CP Group and China Railway Construction Corp. as well as other partners will invest THB224 billion (USD7.4 billion) to complete the rail line.

That agreement is part of a shift in strategy from Southeast Asian countries that is seeing them move away from BRI financing and instead keying in on either entirely private sector support or, increasingly, public–private partnerships (PPPs) to get projects moving.

“Companies in the private sector are and will continue to be active investors abroad. The BRI can provide access to the various private and public infrastructure projects and help connect everything, but it is probably getting too much credit,” Chiang stated.

Nowhere is this more evident than in the Philippines where the government has shifted its focus away from BRI financed projects and turned to PPPs to progress with President Rodrigo Duterte’s “Build…Build…Build” infrastructure goals.

Chinese-funded BRI infrastructure projects, including a rapid-transit bus line linking Bonifacio Global City to Ninoy Aquino International Airport and two phases of a railway in Mindanao, have been cancelled by the Philippine government as work was not proceeding fast enough.

PPPs were initially avoided as part of “Build…Build…Build” because the government did not like the fact winning bidders had a certain degree of autonomy to increase fares and limit competition. However, they are not unheard of in the country with the Mactan-Cebu International Airport among the infrastructure projects developed under the PP model.

For the Philippine government, the key to progressing with PPPs will be ensuring they benefit the public and the private sector not simply the latter.

“Automatic rate increases, commitments of non-interference and non-compete clauses strip the government of its ability to require concessionaires to improve services, all of which have been detrimental to the public interest,” Vince Dizon, Presidential Adviser for Flagship Programs, said during a government press conference. “Under the Duterte administration, such disadvantageous provisions will not be allowed.”

All of the global projects show the clear focus of BRI. That’s trade. Improved overland transit and seaports make it easier for China to ship its goods to the growing markets of Southeast Asia while other projects provide the mainland with new opportunities, such as importing energy, that are seen as vital for the growth of the Chinese economy.

“Trade is what is driving BRI. The assets themselves aren’t as important for China,” Chiang pointed out. “The US and China aren’t fighting an infrastructure war. They are waging a trade war. Trade makes the difference and this is what ultimately is driving BRI.”

Of course, there is now a greater awareness from Southeast Asian countries that the BRI must be a two-way street that goes beyond cheap financing. With most Asian countries feeling the squeeze from the US-China trade war in some form or another, nearly all parties involved with the BRI understood that greater transparency is required.

This has led to the creation of BRI 2.0 with President Xi stressing the BRI will now proceed in a transparent way with zero tolerance for corruption. The hope is this will encourage a new wave of cooperation between ASEAN countries and China through different means of funding including PPPs, commercial funding and joint government investment funds.

A successful rollout of BRI 2.0 could extend well beyond the realm of infrastructure benefits and help boost entire economies throughout Southeast Asia.

“China’s ever-deepening engagement with Southeast Asia can deliver an economic boost that will ripple out across the region. Growth fostered by BRI has the potential to accelerate the expansion of the region’s middle class, increasingly changing the target of investment in manufacturing from exports to local consumption,” David Liao, Chief Executive Officer and President of HSBC Bank (China), opined in a Nikkei Asia Review article.

He continued, “But Southeast Asia should do its bit to benefit fully from these opportunities. The region will be more attractive to investors if it can restart the stalled ASEAN integration program begun more than a decade ago.”

During the Belt and Road Forum in Beijing, IMF Managing Director, Christine Lagarde, touched on what BRI 2.0 holds as well as offered some insights on what must be avoided in order for it to ultimately work for everyone.

“The BRI is clearly having an impact. From stimulating infrastructure investment to developing new global supply chains, some of the promises of BRI are being realized,” Lagarde explained. “At the same time, to be fully successful, the Belt and Road should only go where it is needed. I would add today that it should only go where it is sustainable, in all aspects. Fortunately, the Chinese government is already taking some steps to ensure this is the case.” 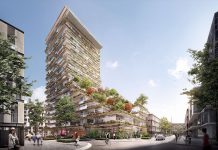 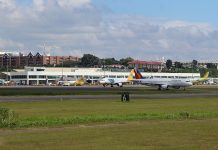 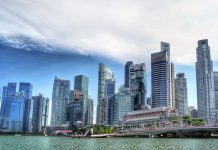 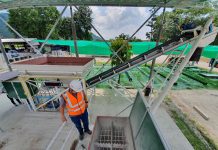 Out of the bag: the foundation for ready-mix concrete is being laid in Southeast Asia 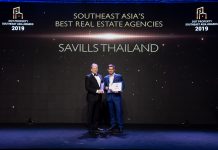 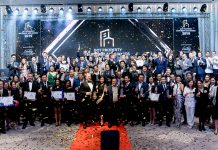